She has a long period experience as a documentary photographer doing social projects as well as working for the biggest Polish National Newspaper Gazeta Wyborcza and as a lecturer of a Press Photography at the Warsaw University. Twice honoured with grants of Ministry of Polish Culture.

Anna works pay special attention on social change in contemporary society. Her projects Dad in Action, Clothes for Death, and Go Home, Kids were used as a national social campaign for humanising death and childbirth. She regularly highlights taboo issues and sensitive subjects and gives particular consideration to the role of women in the modern world. She turns her camera toward those who has never been in the main stream, who live in the outskirts of social or psychological life.

In 2014 she moved to Moscow where she graduated from the School of Documentary Film and Theatre of Marina Razbezkhina and Mikhail Ugarov and her debut “In Another World” won Best Student Documentary – Kinoproba, Russia 2017.

Currently based in Tokyo. 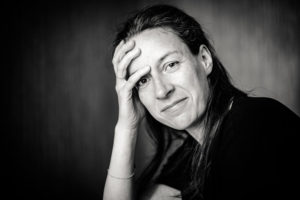